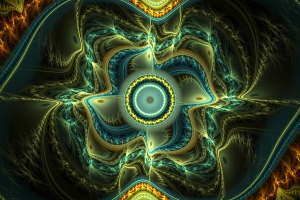 The Psychedelic Renaissance:
Reassessing the Role of Psychedelic Drugs in 21st Century Psychiatry and Society.

This is a 3 hr. workshop on Reassessing the Role of Psychedelic Drugs in 21st Century Psychiatry and Society.  We will specifically  examine the infamous compounds  DMT – 5 MEO DMT & LSD.

These compounds are of unique interest to humanity for a number of extraordinary reasons – probably the best-known being the simple fact that they are the most powerful of the known natural and lab produced psychedelics to open up the door of perceptions.

The majority of the compounds classified as ‘entheogens’ belong to the tryptamine family or are closely related to it, and include DMT (di-methyl- tryptamine), 5-MeO-DMT, DIPT, psilocybin, and LSD.

While an entheogen can be entirely created (such as LSD or 2CB) or synthesized (DMT and 5-MeO-DMT) in a laboratory, and are sometimes packaged as ‘research chemicals’ (AMT, DIPT, etc), many entheogens also occur naturally and have been utilized by human beings for centuries in numerous inventive ways.

All compounds are capable of producing intense intuitions about the sacred unity of all life, and even the transpersonal experience itself, where one actually feels the connectivity of all things and experiences a state most commonly described as Oneness.

Natasha English is a Nondual Therapist that has developed a simple ‘point process’ to release anxiety, sadness, emptiness, pain and suffering! This process evolved through 35 years of spiritual practice, and countless sessions with clients.

Incorporated into her practice, is a component that explores the Role of Psychedelic Drugs in 21st Century Psychiatry and Society, covering the chemistry, history, discovery, traditional usage and modern usage.

To book any of her WORKSHOPS go to the top of this website bar.